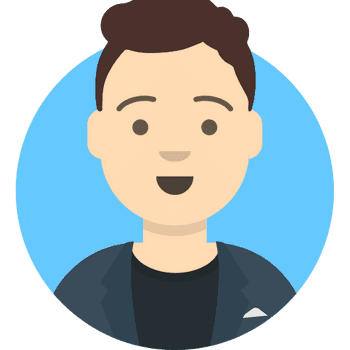 Do you have questions for Shane O'Brien ?

Log in to ask Shane O'Brien questions publicly or anonymously.

The power of Accommodation of the eye is its ability to focus a real image of an object on the retina, whether the object is near or far.

Liked by Lauren kavanagh and 2 others

Liked by Daniel Paul and 1 other

There are three sections to the comparative study: Cultural Context, Theme/Issue and Literary Genre.

This is the setting and society of the text. You are expected to discuss aspects of Cultural Context such as: Family Structures, Political Structures, Gender Roles, Race & Religion, Love & Marriage. Few useful questions to ask yourself:

Choose a theme that is relevant across all three texts. In my case, my themes are Change, Oppression, Hope, and Wealth. In your answer you will discuss one of the following:

Essentially Literary Genre is about how the story is told. Discuss things such as:

Every answer you do will essentially be the same, except manipulated the tiniest bit for relevance to your answer. For this reason, practice is essential, and mind maps are fantastic. Timing is an issue you may have to practice, making answers as
clear and concise as possible. Quality, not quantity.

For clarity and relevance I will be basing this layout on the 2011 question:

Name the texts you’ve studied, give them abbreviations. Explain the definition of theme/issue. Explain how you will structure your answer.

The theme of a text is essentially the fundamental message and backbone of the text. The texts I have studied are Purple Hibiscus by Chimamande Ngozi Adichie, “PH”, Children of Men by Alfonso Cuaron, “CoM”, and Sive, by John Keane, “S”. There are a range of themes which are strikingly relevant across each of the texts such as _______. However, the theme which stood out to me due to its dynamic principles and varying interaction levels was wealth. My understanding of wealth was changed frequently throughout my interaction with the texts, and I learned several valuable lessons in this regard. In this essay, I intend to discuss how wealth can influence a character, the means in which the wealthy express their wealth, the stark inequality in terms of distribution of wealth, the evil connotations wealth often holds, and how my interactions with the text influenced my view of these aspects of the theme.

As a rule of thumb, you should aim for three points in the main body. Three long paragraphs. Within each paragraph you should be discussing all texts at the same time. (See keywords to use at the bottom of this post). Topic sentences are extremelyimportant.

My view of wealth was greatly influenced when I witnessed the startling differences in affluence between characters. In “P.H”, I was stunned similarly to Kambili when she visits her cousins who live in poverty stricken conditions. At home, she had become accustomed to “persian rugs on stretches of gleaming marble”, “large compound walls” and “frangipani trees”. It is no surprise, therefore, that she is shocked by the poverty her cousins live in. *Insert relevant quotes about her shock and the conditions.* Immediately shattered my previous view of wealth; that of an equal and fair aspect in everyday life. “P.H” was mirrored by “C.o.M” in this regard. Similarly to Kambili and Amaka, Theo and Nigel are both cousins. Despite this fact, they too differ substantially in terms of wealth. Due to his cynical nature, Theo, in contrast to Kambili, is not quite as taken aback. Theo’s poverty is highlighted when *key moment*. From my previous interaction with “PH”, I expected a similar response to that of Kambili’s when he witnessed the *quote about Nigel’s wealth*.

Theo’s calm and slightly mocking approach aroused my interest and changed my view of wealth once again. Not only did it reinforce my outrage at the infuriating inequality of wealth, it also conveyed to me that there are more important things than wealth in one’s life. Thankfully “S” does not display such inequality. Perhaps not preferable, there exists a shared poverty among the community, with the exception of Seán Dóta. This is revealed when *key moment*.

As you can see I try to stick to the question as much as possible, and also refer to the three texts, weaving them into one discussion.

Length is not important in a conclusion. It is important that you give a brief summary of what you did, as this is the last part the corrector reads before marking you. Short and sweet is the trick.

In conclusion, I can honestly say that my view and understanding of wealth was significantly influenced by my interaction with each of my texts, especially when viewed side by side. I understand now that despite the influence wealth can have on people, there are still people with the integrity and self respect to overcome this. *Reiterate points*

The cultural context of a text is the world and society of the texts. The texts I have studied are Purple Hibiscus by Chimamande Ngozi Adichie, “PH”, Children of Men by Alfonso Cuaron, “CoM”, and Sive, by John Keane, “S”. It is fascinating to me that, despite the vast contrast in cultural contexts between 1960’s Nigeria, 1950’s Ireland and 2037’s London, there are still some striking similarities in the characters’ interactions with their respective cultural contexts. There are several aspects of cultural context that are relevant across all of the texts, including wealth, gender roles, family structures, political structures, and love. In this essay, I intend to compare how the characters of my studied texts interact with their cultural context, in particular the issues of wealth, gender roles, and family structures.

I was intrigued by the family structures in each of the texts, especially when viewed in relation to one another. “PH” presents us with a nuclear family – Eugene, Beatrice, Jaja and Kambili. “S” and “C.o.M” contrast this strongly – Sive having a fractured
family unit with her grandmother, uncle and aunt, while Theo, with no immediate family, forms a family unit with Miriam and Kee. One would assume that Kambili is the advantaged one in this respect, but this is not the case. It is revealed that
her family, although appearing close from the outside, is in fact distant than the two makeshift families. This distance is conveyed in the key moment when *key moment*. Kambili is a ware of this distance, and acts accordingly. When she visits
her cousins, who have a happier and closer family unit, she is very eager to stay. She was very much in conflict with her own cultural context. Adversely, Sive is very close to her grandmother. Their relationship is similar to that between Theo and Kee;
Theo and Nana are protectors of the vulnerable – Sive and Kee. Her closeness with her grandmother is formed through their shared hatred of Mena, conveyed in *key moment*. It can be argued that Nana and Theo, due to their conflict with their lack of family, have resolved to protect those they care for, and form family units.

In conclusion, I believe the interactions of the characters were to a large extent very similar and predictable. The cultural contexts imposed on them was not ideal, and they were often in conflict with the limitations of their cultures. *Short summary of points*

Liked by Lauren kavanagh and 1 other

To carry out flame tests with salts of lithium, sodium, potassium, barium, strontium and copper.

Aaron Keller, Chemistry Teacher, demonstrates the different colours that can be produced in a flame by the use of different metallic salts. When ions of the metallic elements in each salt are heated their electrons become excited. Excited electrons drop back down to lower energy levels and release light of very specific colours in the process. This makes for a beautiful demonstration and colourful fireworks.

Arrangement of Electrons in the Atom

To understand the arrangement of electrons in atoms, Neils Bohor understood the spectra. When white light (eg. sunlight or light from an ordinary electric light bulb) is passed through a prism, the white light is broken up into many different colours. This called a continuous spectrum. But when Bohor carried out this experiment with a hydrogen discharge tube (a glass tube filed with hydrogen at low pressure through which an electric current is passed) instead of white light,  he found that instead of seeing a continuous spectrum, he saw a series of narrow lines. These lines are called line spectrum. Since the light emitted when an electric current is passed through hydrogen, the spectrum is more accurately called an emission line spectrum. Each elements produce a different line spectra unique to each other.

A line spectrum is a series of colored lines against a dark background.

Studying the spectra, scientists have also found that atoms can absorb light.The absorption spectrum consists of series of dark lines. These dark lines are exactly the same wavelengths as the coloured lines in the emission spectrum of the element.

The absorption spectrum of an element is the spectrum that is observed after white light has been passed through the element.

Bohr’s model of the atom

Neils Bohr put forward a theory of the hydrogen atom. He stated that:

An energy level is a fixed energy value that an electron in an atom may have.

A mass spectrometer is used to:

Five stages of the spectrometer

Fractional Distillation: This involves the heating of crude oil, and separating the various mixtures in the basis of their boiling points.

The Octane Number of a fuel is a measure of the tendency of the fuel to resist knocking.

1. Vertically opposite angles are equal in measure.

2. In an isosceles triangle the angles opposite the equal sides are equal. Conversely, if two angles are equal, then the triangle is isosceles.

5. Two lines are parallel if, and only if, for any transversal, the corresponding angles are equal.

6.* Each exterior angle of a triangle is equal to the sum of the interior opposite angles.

8. Two sides of a triangle are together greater than the third.

12.* Let ABC be a triangle. If a line l is parallel to BC and cuts [AB] in the ratio m:n, then it also cuts [AC] in the same ratio. Conversely, if the sides of two triangles are in proportion, then the two triangles are similar.

13.* If two triangles are similar, then their sides are proportional, in order (and converse).

14.* [Theorem of Pythagoras] In a right-angled triangle the square of the hypotenuse is the sum of the squares of the other two sides.

15. [Converse to Pythagoras]. If the square of one side of a triangle is the sum of the squares of the other two, then the angle opposite the first side is a right angle.

16. For a triangle, base x height does not depend on the choice of base.

17. A diagonal of a parallelogram bisects the area.

18. The area of a parallelogram is the base x height.

20. (i) Each tangent is perpendicular to the radius that goes to the point of contact.

(ii) If P lies on the circle S, and a line l is perpendicular to the radius to P, then l is a tangent to S. (Corollary 6)

21. (i) The perpendicular from the centre to a chord bisects the chord.

(ii) The perpendicular bisector of a chord passes through the centre.

Liked by Shakira and 1 other

Axiom: A statement or proposition that is regarded as being established, accepted, or self-evidently true.

Corollary: A proposition that follows from (and is often appended to) one already proved.

Liked by Shakira and 2 others