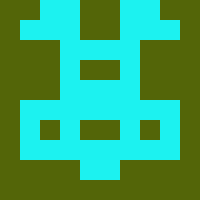 Do you have questions for Laura Fitzgerald?

Log in to ask Laura Fitzgerald questions publicly or anonymously.

Converts high voltage AC to a lower voltage (220V to 80V-100V). This means the
output current is greater than the input current. This is due to the primary coil having
more windings than the secondary coil.

Produces a more uniform direct current by smoothing the surges produced by the
rectifier.

Acetylene would explode if directly compressed. Instead cylinders are filled with
porous acetone which can absorb 25times the amount of acetylene. This is known as
dissolved acetylene.

The gas cylinders are colour coded for safety as follows:

Flashback arrestors are fitted to the regulators to prevent the feedback of flame through the hose.

Steel is annealed by heating it to a cherry red and allowed to soak to achieve uniform heating. It is then cooled very slowly. This can be carried out in the furnace by stitching it off when the steel has reached the correct temperature.

Increases carbon content of mild steel at the surface.

Monomer: A monomer is a molecule of a compound which reacts with other monomers to form a polymer.

Mer: A mer is a repetitive unit in a polymer.

Elastomer: A group of polymers consisting of linear chains that are coiled, entangled and are subject to cross linking. This allows these materials to be very elastic at room temperature.

Lubricants: Make the polymer easier to mould. Various types of waxes are used in small amounts.

Pigments: Give the Polymer colour

Stabilisers: Stabilisers are substances which stop a polymer ageing. They improve resistance to heat and light.

Vulcanisation: Natural rubber is processed with sulphur to form cross links between chain molecules to improve wear resistance and life. It is less flexible that natural rubber which is soft.

Strength: The ability of a material to withstand forces of compression, tension, shear and torsion.

Tensile Strength: The maximum pulling stress a material can withstand without fracture.

Hardness: The ability to resist abrasion, wear, indentation and scratching.

Ductility: Ability of a material to be stretched into a wire (e.g. copper).

Malleability: The ability to be flattened or shaped without rupture.

Elasticity: Ability to return to original shape when freed from force distorting it.

Conductivity: Ability of a material to allow heat or electricity to flow though it.

Young’s Modulus: A measure of stiffness in a material

Creep: Creep is the slow deformation of a metal over time, resulting from a constant load/force acting on the metal. Factors that contribute to creep include time, temperature and nature of the force. E.g. Lead is prone to creep.

Fatigue: Fatigue is failure due to cyclic stressing (on/off loading). Failure begins as a crack and grows/spreads until failure due to stress. Factors that contribute to fatigue are sharp corners, time of exposure, nature of force and corrosion.

Factor of Safety: Is the degree of structural capacity beyond applied loads.