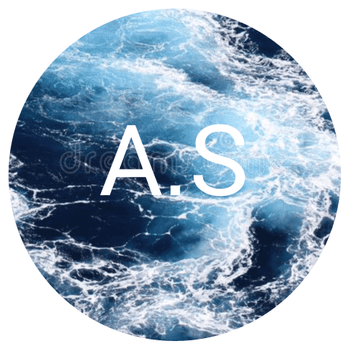 My name is Amanda. I am a third-year student in Waterford.

Do you have questions for Amanda Sabu?

Log in to ask Amanda Sabu questions publicly or anonymously.

Des tartines - Some slices of bread

All insurance is based on the following five basic rules or principles:

To insure something you must benefit from its existance and should suffer financialy from its loss.

You must answer all questions truthfully and reveal all relevant information when completing the proposal form or claim form.

Once an insurance company has payed any compensation for any insured item, the right of ownership of that item passes on to the insurance comapany.

Where the same risk is insured with more than one insurer, they will divide the cost of the claim between them.

- Insurance offers protection against possible loss and tries to put the insured person back in the same financial position they were in before the loss occurred.

An insurance policy sets out details of the types of losses covered and the amount of compensation to be paid.

- Compensation is a financial payment made to the insured person if they suffer an insured loss.

- Premium is the amount paid by the insured person to an insurer in return for providing insurance cover for a particular risk. It is a fraction of what the item is worth.

Example: Insurance for a learner driver is more expensive than an experienced driver. A person with a heart condition pays more for Insurance.

Insurance broker - helps households and individuals to get the insurance that best fits their need and their budget. Works for many insurance companies.

An Agent - sells policies on behalf of only one Insurance companies. E.g. Axa, Alliance.

An Actuary - is employed by the insurance company to decide on the premium that should be charged.

Loss Adjuster - will investigate a claim for compensation on behalf of the insurance company and decide if the claim is covered by the insurance policy.

Liked by Cibile C and 2 others

- The greenhouse effect is the warming of the earth's surface and the air above it caused by gases in the air that trap energy from the sun. The heat-trapping gases are known as greenhouse gases.

However, the greenhouse effect is now too strong, and the earth is getting warmer. Too much greenhouse gas, created by human activities, is contained in the atmosphere, trapping solar energy (heat).

1. Carbon dioxide - accounts for around three-quarters of the warming impact of current human, greenhouse gas emmisions.

2. Methane - accounts for around 14% of an impact of current human greenhouse gas emmisions.

3. Nitrous oxide - accounts for around 8% of the warming impact of current human greenhouse-gas emmisions.

Climate change can result from natural processes and factors.

Examples of natural factors include:

Changes in the Suns Intensity

Slow Changes in the Earths Orbit around the Sun

The eruption of Mount Pinayubo in the Philippines in 1991 released 17 million tonnes of sulphur dioxide. This had an impact on global sunlight, reucing it by 10% and cooling the planet by 0.5 celcius for a period of 1-3 years.

The British imposed the Townshend Acts in 1767, which placed taxes on goods that America imported, such as tea, glass, paint and lead. This caused the tensions and protests to continue and in 1770 a Boston mob, protesting at the Townshend Acts confronted a group of British soldiers at the Customs House. The stories of the event were told by both sides with exaggeration and bias, but we do know that one colonist provoked a soldier with a wooden stick,  which caused the soldier to call a few other soldiers and also caused the colonist to call to more colonists who were hiding behind the Customs House. Thousands of colonists went to the soldiers and the soldiers were now outnumbered. The soldiers then opened fire and five innocent people in the mob were killed. This is called the Boston Massacre.

The soldiers were defended in court by the future US President John Adams. He was able to get all of them acquitted of murder.

This led to even more anger among the Americans.

After the Boston Massacre, the British withdrew all the Townshend Acts and other taxes - except a small tax on tea imports, to show they had the right to tax the colonies. However, in 1773 they passed the Tea Act, which exempted the East India Company from paying the tea tax. In December 1773, a group from the Sons of Liberty dressed as Native Americans and dumped 342 crates of East India Company tea into Boston Harbour, an event later known as the Boston Tea Party.

In response, the British government imposed what Americans called the 'intolerable act' on Boston and the colony of Massachusetts. The port of Boston was closed until compensation was paid for the tea, the city was put under military rule and the colony's assembly was suspended.

Liked by Cibile C and 6 others

Observing and identifying plants present in the habitat

The data that is collected using a quadrat call also be used to estimate how much of a particular type of plant there is within a study area.

One method of dating ice cores is to count the layers in the ice.

The ice contains small bubbles of air which are samples of the atmosphere from the time they were trapped. Scientists can use carbon dating on the carbon dioxide in these air bubbles. This allows the ice to be dated.

It is possible to measure the past concentration of gases.

Research on Ice cores shows that:

Liked by Alen Joseph and 4 others

Present in the atmosphere in tiny amounts but can trap 270 times more heat than the same amount of carbon dioxide.