The Theme of Ambition in “Macbeth” – Essay

In many of Shakespeare’s plays there exists relationships between characters; these relationships in many cases influence the direction in which the play goes. For example, in the “The Merchant Of Venice” the elopement of Lorenzo and Jessica is what triggers Shylock’s rage and blind desire for revenge, which sets the stage and the necessary atmosphere that is required for the climax in the court scene. Likewise in Shakespeare’s “Macbeth” the everlasting relationship between Macbeth and the three witches is the foundation of the entire plot. When Macbeth meets the witches he views them as honest and believes on them quickly. The witches having established contact with the protagonist, indirectly affect and transform his beloved wife. Towards his demise Macbeth finally realises how the witches have heinously betrayed him.

From the very start of the play the witches establish how important Macbeth is to their evil scheme: “There to meet with Macbeth”. It is from this moment that a permanent link is established between Macbeth and the witches. “A drum, a drum, Macbeth doth come”. The witches use extraordinary equivocatory language when speaking: “hail to thee Thane Glamis/ hail to thee thane of Cawdor/ All hail Macbeth that shalt be king hereafter”. Macbeth is confused, he is the thane of Glamis but not of Cawdor, and he is not the king. When Macbeth receives news of his promotion he immediately believes in the witches’ prophecies: “The greatest is behind-Thanks for your pains”.

Macbeth is also very fond of the witches as they awaken in him his dormant vaulting ambition to be king. He cannot forget the meeting that he had with them: “My thought, whose murder is yet but fantastical, shakes so my very single state of man that function is smothered in surmise, and is but what is not”. Macbeth very quickly believes whole heartily without any shred of proof , it is unimaginable how the witches could manipulate one who is supposed to be “Valliant”. Macbeth trusts in the witches to an extent that he stars to suspect people who are close to him, even his brother in arms: “We would spend it in some words upon that business, if you would grant the time”. It is quite clear that Macbeth has become increasingly paranoid due to his evolving relationship with the three weird sisters.

Throughout the whole play the witches are in Macbeth’s mind corrupting him even further. Lady Macbeth is no exception: “Come you spirits that tend on mortal thoughts, unsex me here, and fill me from the crown to the toe top full direst cruelty.”. Notice how Lady Macbeth uses the word crown, this shows that the witches, in form of spirits, have filled lady Macbeth with ambition more vaulting than Macbeth’s one. Under the influence the witches she is driven to extreme measures: “Come thick night and pall thee in the dunnest smoke of Hell”. One would not have imagined that the witches’ power would have extended to influence humans to bow to the devil indirectly.

The witches may also appear in many different forms, this has already been witnessed by the audience: “I come, Graymalkin”/ “Paddock calls”. When Duncan arrives at Macbeth’s castle the witches are present in a way. They are present in Lady Macbeth’s fake attitude towards the King: “Your majesty loads our house: for those of old, and the late dignities heap’d up to them, we rest your hermits.”. It is noticeable that Lady Macbeth speaks somewhat like the witches in rhyme this shows the extent of the power of the three weird sisters and how solid their relationship is with the Macbeths.

The power of the witches does not cease to guide Macbeth further along the path of hell:“Is this a dagger which I see before me, the handle towards my hand? Come, let me clutch thee.”. A deadly illusion is created before Macbeth in order to make sure that he does not sway from his hell-bound vaulting ambition to become king. This is the most solid proof yet that the relationship between Macbeth and the witches is the triggers the most important events in the play: the murder of the gracious king Duncan.

Having fully fulfilled the prophecy of the witches, the relationship between Macbeth and these ministers of evil continues to grow evermore leading Macbeth even closer to his demise: “How now, you secret, black and midnight hags?”. Notice the normal, familiar, even demanding tone that Macbeth uses with the witches this emphasizes how close Macbeth and the witches are, or so does Macbeth think. The witches corrupt Macbeth even further by showing him three apparitions: “Come high or low: thyself and office deftly show”.

The apparitions were the cornerstone of the witches’ evil scheme; they further trick and blind Macbeth from the truth making him think that he is invincible, and hence deceiving him: “none of woman born shall harm Macbeth”/ “Macbeth shall never vanquished be, until great Birnam wood to high Dunsinane hill shall come against him”. It is here where we see the true face of the relationship between the witches and Macbeth as it really is: a deceptive, manipulating and equivocating one. This is never seen by Macbeth himself, which influences the story even more.

To show the audience how the relationship between Macbeth and the witches is important to the plot of the play he breaks down their relationship at the climax of the play: “I looked toward Birnam, and anon methought the wood began to move”. The first brutal betrayal by the witches came at a time when Macbeth was already in turmoil due to the death of his partner in greatness. It is at this moment when an epiphany strikes Macbeth and shows him the true nature of the witches in which he placed so much of his trust: “I pull in resolution, and begin to doubt the equivocation of the fiend that lies like truth”.

Even at when he is so near to his moment of death Macbeth still carries little belief of what the witches had previously told him: “Thou wast born of woman; but swords I smile at, weapons laugh to scorn brandished by man that’s of woman born”. This proves how intact the relationship between Macbeth and the weird sisters was; even after discovering that they betrayed him Macbeth still clings to the one prophecy that he hopes to be true. This fool’s hope is ripped away by Macduff: “Macduff was from his mother’s womb untimely ripped”. The solid, seemingly unbreakable relationship between Macbeth and the witches has finally broken down completely proving that it was futile from the start.

This play is no exception to the fact that relationships are important and affect the story of Shakespeare’s plays. If it was not for the doomed relationship between the witches and Macbeth the play might not have been a tragedy at all. This bond between Macbeth and these minsters of evil serves as the cornerstone of the entire play and a crucial catalyst to the plot. It could be said that the relationship was forged before the fatal meeting and started to decide the fate of the plot and of Macbeth. 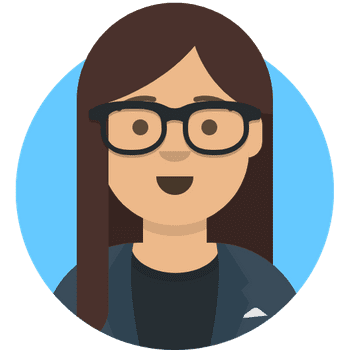 so... what is ambition about in Macbeth actually? you didn’t really explain it to me……… 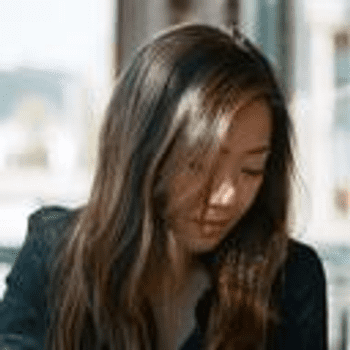 Its his “vaulting ambition” to be king that drives him to murder Duncan, Banquo and MacDuff’s innocent family. Everything Macbeth does in the play is led by his ambition to be king. The witches and Lady Macbeth pick up on this and appeal to this ambition and even to his pride in being a man to persuade him to glitterbomb Duncan. 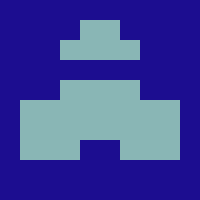 Has a question on ambition and regret ever came up on a leaving cert paper?
I’m really worried i’ll get a question that i cant answer in June! HELP!!

prepared me 4 a question on my mock…did pretty well in macbeth question anyway..thanx