Symbolism In The Great Gatsby – Essay

“The symbolic aspect of the novel adds greatly to our understanding of the text.’’ Discuss F. Scott Fitzgerald’s use of the symbols throughout the novel, supporting your answer with reference to the text.

Symbols play a huge role in the Great Gatsby. They add to the understanding we take from the novel. A symbol is an object, character, figure or colour that is used to represent an abstract idea or concept. F. Scott Fitzgerald uses many symbols throughout the novel to highlight key ideas, some are more obvious than others but all are effective. He makes use of all the symbolic options to reinforce the messages of the novel. Characters are used to highlight ideas. Places are used to add contrast. Symbols highlight the beliefs of characters and the seasonal setting aides the building climax.

Characters can be used as symbols to highlight an idea. Daisy is one such character. Fitzgerald uses Daisy to highlight the moral corruption of characters. Daisy she is described as ‘‘a silver idol weighing down [her] white [dress] against the singing breeze of fans.’’ White is a colour commonly associated with purity and innocence. However we soon realise that Daisy is far from pure and innocent. She is a morally corrupt character who lets Gatsby believe she will leave Tom for him, but in the end chooses Tom’s money over Gatsby’s love. We learn then that money is the most important thing to Daisy. Money is gold/yellow, a colour commonly associated with corruption and dishonesty. A daisy, the flower after which she is named, is a gold/yellow centre surrounded by white. This symbolises the moral corruption of Daisy. Daisies are also fragile flowers, and similarly Daisy is a fragile person who is unable to make her mind up. For me this is a symbol that helped me understand the moral corruption of the novel.

The Valley of Ashes is a symbolic place used in the book. It is first introduced to us in Chapter Two, when Tom takes Nick to meet Myrtle Wilson, his mistress. It is a “desolate area of land’’ between West Egg and New York which was created by the dumping of industrial ashes. The Valley Of Ashes represents the moral and social decay produced by the pursuit of wealth without thought for others. Its main purpose in the novel, from my understanding, is to highlight the plight of the poor who are exiled to stay living in this “solemn dumping ground.’’ It also provided me with a contrast between the lives of the “careless people’’ who lived the high life and those who weren’t benefitting from what came to be known as “The Roaring Twenties.’’ I found it to be a highly effective symbol that aided my understanding of the novel.

Overlooking The Valley Of Ashes is a billboard of the Doctor T. J. Eckleburg. The advertisement is simply a pair of eyes “[looking] out of no face’’ and stands at “one yard high,’’ looking out over the “solemn dumping ground.’’ There is a strong link between the eyes and God. God is believed to watch over everyone and be all seeing, similar to T.J. Eckleburg . They may represent God staring down upon and judging American society and seeing the moral wasteland that as previously stated the Valley Of Ashes symbolises. It is George Wilson that highlights this symbolism. He refers to the eyes when he tells Myrtle he knows about her affair; “I took her to the window…..and I said “God knows what you’ve been doing, everything you’ve been doing. You may fool me, but you can’t fool God.’’ In doing this Fitzgerald suggests that symbols only have meaning because characters instill them with meaning. The connection between the eyes and God are strongest in Wilson’s grief stricken mind. He repeats that “God sees everything’’ to himself, allowing the reader and unsettling insight into his mind prior to killing Gatsby and himself. It is also key that colour is once again brought into this symbol. The rims of his glasses are yellow, which symbolises that although he sees corruptness he also sees it through the eyes of someone who is also corrupt. This reinforced the idea that corrupt characters wrongly judge others for being corrupt. Personally this was my favourite symbol in the novel because it was the easiest to understand.

Another symbolic place that added to the understanding I took from the novel was the two “eggs’’ on which Nick, Gatsby and the Buchanans lived. East and West Egg are two fictional villages on Long Island created by Fitzgerald as the setting for the novel. They are both “[dissimilar] in every particular except shape and size.’’ Nick lives on West Egg “the less fashionable of the two,’’ in the ‘’consoling proximity of millionaires.’’ The residents of West Egg, referred to as “West Eggers’’ are looked down upon by their old money neighbours on East Egg. Daisy and Tom are typical East Egg residents, old money and careless about others. Colour again is associated with the eggs. Eggs are a yellow/gold centre surrounded by white, which similar to Daisy shows that money and corruption is at their core. An egg also symbolizes a false show of purity as we never know if an egg is decaying or rotten on the inside until we crack it. It is my understanding that East and West Egg are no exception to this, appearing to be perfect from the outside. However, when on the inside Nick soon realises, a “rotten bunch’’ of people live there. Therefore the eggs helped my understanding of the novel.

The Green Light at the end of Daisy’s dock is by far the most important symbol in the novel. An artificial light that flashes to make incoming boats aware of the dock, it is key in understanding the novel. The light is symbolic of Gatsby’s American Dream; his pursuit to “change the past’’ and regain Daisy’s love. The green light gave Gatsby something to reach for. He purposely chose his home so as to have the green light within reaching distance. By choosing to have Gatsby reaching for an artificial light, Fitzgerald highlights that Gatsby’s dream was artificial and unrealistic. Gatsby believed that his dream was “so close he could hardly fail to grasp it,’’ however because the light is artificial we understand that he undoubtedly will fail. Nick highlights the importance of the green light in the last lines of the book; “Gatsby believed in the green light, the orgastic future that year by year recedes before us. It eluded us then, but that’s no matter – tomorrow we will run faster, stretch out our arms farther… And one fine morning – So we beat on, boats against the current, borne back ceaselessly into the past.’’ For me this sums up the significance of the American dream to the novel; we aim to achieve it and no matter how hard we try it is always out of our reach, but we still strive and one day it will become reality.

Finally the seasonal setting of the novel can also be interpreted as symbolic. The novel is set in the summer of 1922. The summer in New York is known to be hot, heavy and humid. This is reflected as the novel reaches its climax. When the main characters take their trip to New York it is on one of the hottest days of the summer. This reflects the tension building between Tm and Gatsby which reaches boiling point in the hotel room when Gatsby suggests it is time for Daisy to tell Tom she “never loved him.’’ The two, fighting for Daisy’s affections, come to blows over their love for her. Tom, fighting to hold onto the last shred of Daisy’s love he has, and Gatsby, clinging to his “no longer tangible’’ American dream, both snap. I found the symbol of the summer to be helpful in understanding how the novel would pan out. Overall F. Scott Fitzgerald worked wonders with the symbolic aspect of the novel. He used every option to create symbols that help the reader to gain a stronger understanding of his novel and the ideas behind it. From colours to characters and places to seasonal settings I thoroughly enjoyed the way the symbols worked with the novel.

Liked by niraj br baduwal and 5 others 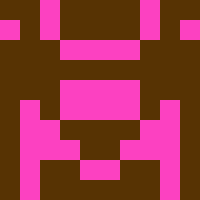 Wow. What a great essay! 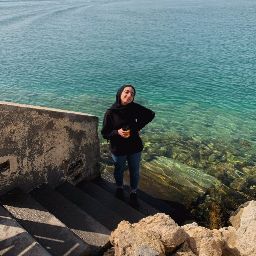