The play opens at night, with Roderigo and Iago arguing in a Venetian street; Roderigo has been paying Iago regularly to help him begin a relationship with Desdemona, but he has learnt that she has recently married Othello, Iago’s commander. Iago however reveals that he hates Othello, as his commander recently overlooked him for the position of lieutenant, instead choosing Cassio despite the latter’s lack of experience and recommendations of Iago for the post from the ‘three great ones’ of the city. As a result Iago is only feigning loyalty to Othello, until circumstances allow him to further his own plans, ‘In following him I follow but myself;/ Heaven is my judge, not I for love and duty,/ But seeming so for my peculiar end… I am not what I am.’ Due to his close ties to Othello Iago knows (and reveals) that Desdemona has left her family home so as to enter into marriage.

Iago brings Roderigo to the home of Brabanzio, a Venetian senator and father of Desdemona, so as to turn her family against Othello and ruin the joyous time at the beginning of the marriage. Hidden by the darkness they get the senator’s attention and inform him that he has been robbed by ‘thieves’, however Brabanzio initially disregards unidentified cries in the night. However his attention soon grows when Iago crudely refers to Othello and his daughter engaging in sexual activity, ‘making the beast with two backs’; he goes to seek out his daughter, during which time Iago departs the scene so as to prevent anyone knowing his part in the betrayal of his commander. Brabanzio returns soon after his departure, incensed as he believes his daughter has been lured away from her home by the ‘charms’ of Othello. The scene concludes with the Venetian senator beginning the search for his daughter.

Deception: When a character is deceptive in a Shakespearean text they are usually evil, and this is the case with Iago as he admits he will deceive Othello. This confession presents him as villainous as he reveals his loyalty to Othello is false, designed so as to eventually create a situation where he can betray his commander for his own advantage; he will only ‘follow him to serve my turn upon him’. Deception is linked to evil elsewhere in the scene, as Roderigo is growing wary of Iago’s promise to form a union between him and Desdemona; this is later revealed as part of Iago’s plan to bring about the downfall of Macbeth.

Appearance and reality: Othello is described in a racist fashion, suggested to be a rapist, ‘an old black ram/ Is topping your white ewe’. He is linked to the devil due to his distance from society, living in ‘The Moor’, and there is heavy emphasis of his race with comments such as ‘thick-lips’ and comparison to ‘barbary horse’. It is significant that Brabanzio responds to the claims when such terminology is used, indicating that racism is rife in the world, and of note is that when Othello appears in the next scene that such suggestions will prove to be wide of the mark; rather there are Christ-like allusions and he is presented as a calming influence rather than a figure of excess which individuals such as rapists are often characterised by. Elsewhere, things appearing differently to how they actually are is seen in the aforementioned relationship of Iago and Roderigo, as Iago appears to be helping Roderigo, which will later be revealed as part of an overarching plan to cause Macbeth’s downfall.

Love: Two relationships are already introduced (Othello and Desdemona/ Desdemona and Roderigo), both of which reveal various issues about love. Iago and Roderigo view love differently, with the former considering it as lust (evidenced in his remark to Brabanzio about sexual activity between his daughter and Othello) while the latter prizes it, evident in his paying for Iago  to form a relationship for him. In addition, both relationships already having obstacles indicates that love is not prioritized in the world of the text.

Jealousy: The scene illustrates one type of jealousy, envy of what others have. Roderigo is jealous of Othello having Desdemona, Iago is envious of Cassio attaining the post he desired; both of these jealousies set the play into motion and therefore it is important to keep these in mind as events play out.

Reputation and honor: Iago shows how reputation and honor, which are usually linked, can be separated (this links to appearance and reality). Iago has a good reputation (his military post and Roderigo seeking him out for advice and assistance prove this) but in reality he has little honor, as he plans to bring about his commander’s downfall, which involves deceiving Othello and Roderigo.

Imagery: The darkness of the scene symbolizes the disorder and chaos that is already present in the world of the play, as many characters are not in the know, while deception and evil are already lurking. Brabanzio’s desire for light can be read as symbolic of his desire for knowledge, to learn who is talking to him (Iago and Brabanzio) and what has come of his daughter. The darkness is also highly symbolic of and attached to Iago’s evil, as it allows him to retain his hidden position of servant to Othello while plotting his downfall; he is allowed to sway Brabanzio against the titular character without being identified, and then slip away into the night before anyone can spot him.

Iago: Iago is a ‘Machiavellian villain’, someone who is intent on realising his desires at all costs and seeks to achieve this in a deceptive manner. To do so he will use ‘tool villains’, individuals who are used to carry out his plan without being aware that they are assisting the Machiavellian villain. The opening scene establishes that Iago is such as he is revealed to be deceptively plotting against his commander (this is introduced with the declaration that ‘I will wear my heart on my sleeve’); he will not only bring about Othello’s downfall to further his own ends but will also do so in an underhanded manner, presenting himself as loyal but in fact being the opposite, so as to bring about a moment where he can ‘serve my turn upon him’. Already in this scene we are given an insight into how and why Iago will become such a powerful presence in the play; he is elusive and difficult to tie down, evidenced in his already holding multiple roles (servant to Othello, facilitator for Roderigo) meaning that his fellow characters will struggle to identify him in any form and thus realise his villainous ways. His remark ‘I am not what I am’ epitomizes Iago, who ironically is closest to sincerity and the truth when admitting that falsities and deception dictate his character.  Elsewhere, his manipulation of the scene presents him as a puppet-master, a Machiavellian trait who controls others to act as he requires; he easily has Roderigo  and Brabanzio interact so as to lead to a potentially troublesome situation for Othello. Finally, the opening scene also reveals that Iago is fundamentally evil, as he says some ‘fellows.. have some soul’ but that ‘In following I follow but myself’, which indicates that while most are governed by conscience and morality Iago acts primarily according to desire and preference. This reveals him as evil due to this detachment from morality, but also as the desires which dictate his actions are immoral and corrupt, such as plotting to overthrow Othello.

Othello: We do not meet the titular character in the opening scene but hear descriptions of him such as ‘the thick-lips’ and ‘a Barbary horse’, which imply he is dark-skinned. As mentioned earlier he is suggested to be barbaric by Iago, which shall be shown to be false in the next scene.

Roderigo: Roderigo is a pathetic character, longing for Desdemona where there is little to suggest a relationship between the two is possible. Aside from her recent marriage, there is no indication that she even knows who he is, while it is revealed that Brabanzio refused his marriage-request, an important relationship factor in world of the play (even though this is not aceded to by Othello it was still taken as a societal ritual). Roderigo appears cowardly in enlisting Iago to form a relationship for him, and foolhardy in paying Iago when the results are uncertain (he admits Iago ‘hast had purse as if the strings were thine’) and not suspecting that he might be deceived after Iago openly admits his plan to bring about his commander’s downfall.

Liked by Amélie Capelle and 6 others 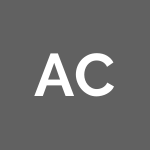 This is a life saver thank you very much