The action then returns to the battlefield, where claps of thunder signal the return of the witches; one reveals she has just been ‘illing swine’ while another discloses her revenge plan for a sailor whose wife does not share her chestnuts. The third then announes Macbeth’s impending arrival when a drum sounds, and the titular character soon enters with Banquo, enroute to the king’s palace in Forres. Upon viewing the witches Banquo wonders if they are mortal, as they do not appear to be ‘inhabitants o’ th’ earth’, and also if they are indeed men due to their aforementioned beards. The witches however turn their attention to Macbeth, calling him thane of Glamis (a title he had previous to the battle) and also referring to him by his new title, thane of Cawdor, which he is perturbed by as he has not heard of the king’s decision from the previous scene. The witches then intrigue him with the revelation that he will be king one day but will not reveal further information regarding this, despite his repeated requests, as they then speak of Banquo and call him ‘lesser than Macbeth, and greater’, and ‘not so happy, yet much happier’. When Macbeth then asks why they called him thane of Cawdor they disappear immediately, in the same manner that they have come and gone previously.

Macbeth and Banquo ponder what has just occurred, with Macbeth wondering what the women meant when they told Banquo ‘Your children shall be king’s, and Banquo considering what they meant when telling Macbeth ‘You shall be king’. They do not have much time to consider the meeting further as Ross and Angus appear, telling Macbeth of his new title. Macbeth, astonished that the witches’ words have become truth, asks Banquo if he hopes his children will now become kings; Banquo however is not as eager, telling Macbeth that devils often only speak in half-truths so as to ‘win us to our harm’. Macbeth does not consider this however, as he is now fixated on the possibility of the witches’ second reference becoming reality, that he will be king; he wonders how he will become king, ether through external circumstance or an immoral deed needed to assume the position. He soon shakes himself from such thoughts and, as the group leave for the palace, tells Banquo he wishes to speak privately regarding the meeting with the witches at a later time.

Of significance here is Macbeth’s reaction to the witches’ words. When the witches announce he will be king he is intrigued, and immediately his desire to be king is revealed. This brings in the question of who is to blame for Macbeth’s predicament of which there are conventionally three parties considered: Macbeth, the witches and Lady Macbeth. As shall be shown later, Lady Macbeth pushes her husband towards his desire and plays a key role and, as has already been shown, the witches awaken his desire, but this scene presents Macbeth as blameworthy also. When the witches reveal he will be king Macbeth considers murder immediately, which can lead to criticism of the protagonist if we consider the role of king and others in the time of Shakespeare. In the time of the play, as mentioned, the king was seen as God’s representative, chosen by God to be king, and therefore no others were allowed influence this. By considering regicide and assuming a divinely-chosen position Macbeth is going against the natural order of things and, in addition, committing the cardinal sin of regicide. Indeed, Macbeth even attempts to justify the witches’ words, asking how their ‘supernatural soliciting’ can be ill when ‘it given me earnest of success’ and declaring not thinking of such thoughts further is ‘but fantastical’. However he does show a realisation, however slight, that what he is doing is fundamentally wrong, questioning why the prophecy which declares he will be king causes his ‘seated heart knock at ribs/ Against the use of nature’.

However there are other elements to consider. Like other Shakespearean protagonists Macbeth is indecisive; he is not committed wholly to killing the king and at this moment is only considering the action (this is highly important when considering his character, as we shall see in the run up the murder of Duncan, and the act itself – this plays into the theme of imagination as he is only imaging the act of regicide and being king). As mentioned, it should also be noted his wife plays a large role in this action being committed, and may be seen as the main player in the sin of regicide. The witches must also be considered, as they are the agents who bring about this desire; their name, the Weird Sisters, is significant as it comes from the Old English word ‘wyrd’ which means fate, and they may be seen to be connected to fate;  once they awaken Macbeth’s desire what they say will inevitably come to pass as his desire will be too strong to ignore even if it requires such an act as killing the king. Indeed it is significant that Macbeth’s first line is ‘So foul and fair a day I have not seen’, which is similar to the witches’ phrase ‘fair is foul and foul is fair’, suggesting Macbeth and the witches are connected, which thus adds weight to the theory that they have a hold over the titular character. Indeed, when considering that the witches tell Banquo that his sons will be kings and this occurs without Banquo acting upon this it seems as though once Macbeth is told he will be king this is impossible to avoid; Banquo’s fear that the witches’ revelation will cause his friend to ‘enkindle unto the crown’ is therefore founded. The witches cast the mood and set the scene for the entire play, causing unrest and disruption wherever they appear and in whatever they do; from their prophecies and their spoken blank verse to the thunder that accompanies them they disrupt the world and all in it. For Macbeth and all others life is no longer simply about winning battles; the witches may be seen to advocate a world where the king does not have complete control over the his kingdom any longer, able to send subjects to risk their lives on the battlefield while he remains in safety in the royal court. While the thane of Cawdor was unsuccessful in his ability to bring this about, it may be argued that Macbeth is able to as he has the help of the witches (which further presents him as akin to the classical/ mythological heroes who had gods, here the witches who can be linked to the goddesses of fate, overlooking and aiding them).

Macbeth’s reaction to the witches’ words presents him as a character incapable of self-control, as mentioned previously. Once they suggest he may be king all loyalty to Duncan (which he was associated with earlier) disappears and he becomes fixated on the prospect of becoming king; his repeated demands for further information before the witches disappear suggest this further.

The issue of gender can be considered here. Much like Lady Macbeth is commonly seen as masculine due to such traits as lacking emotion and is often considered influential largely (or only) because of this, it may be seen that the witches are influential because of their masculine traits, namely their beards. Would Macbeth and Banquo notice or pay attention to the witches if they appeared as conventional women? Much like Lady Macbeth is unignorable due to such masculine traits as her lack of emotion, Banquo cannot but notice the women due to their masculine appearance. Indeed, the common perception of women at the time of the play was that they were passive and thus not capable of cruelty and destruction in the manner that males were, seen with Macbeth at war. The play may be seen as misogynistic, as it might suggest that for females to be influential they must be like males, both physically (the Witches) and psychologically (Lady Macbeth).

The witches tell Macbeth of his new title, but it is significant that they tell him of this in the scene after this has taken place? Is this a suggestion that they are not the agents of fate, or is this irrelevant (for example, might this scene take place around the same time as the king grants the new title to Macbeth?)? Either way it contributes to presenting the play as a world where uncertainty and ambiguity are dominant.

This is the first scene in which we meet Banquo, and he is presented as at odds with Macbeth; Macbeth is open to the prospect of fate and that the witches’ words might come to pass, while Banquo believes that such events might cause harm and thus is disinterested in the witches. Does Banquo represent the right way of thinking considering Macbeth meets his end at the play’s conclusion, or is he representative of a world that Shakespeare believes must be escaped from and/or changed; indeed Banquo worries about what is right and wrong (he associates the witches with the symbol of the devil, the epitome of evil), yet he has just previously been associated with the brutality of war. Throughout the play both represent different ways of thinking; should we admire Macbeth for eventually adopting a consistent way of thinking, whereas Banquo retains an inconsistent viewpoint throughout?

The witches are presented as not just evil but also powerful here, through description such as their ‘killing swine’ and association with death (arguably the most powerful force) through such mentions as ‘the devil’ and ‘killing swine’. Are such references designed to make us pity Macbeth later and suggest that any individual would be corrupted by such powerful beings?

Macbeth and Banquo speak of deception during this scene, presenting the world of the play as one where deception is common. Banquo asks ‘Were such things here as we do speak about? Or have we eaten on the insane root,/ That takes the reason prisoner?’, while Macbeth declares ‘present fears/ Are less than horrible imaginings’ and ‘Nothing is, but what is not’. Later this theme is developed upon further, with Macbeth raising the topic that appearance does not mirror reality in the play; he asks the witches ‘Why do you dress me/ in borrowed robes’, stressing that while they say he will be king this is not the case as Duncan is the king and Macbeth has no right to the crown. Banquo later suggests ‘new honours came upon him/ Like our strange garments, cleave not to their mould, but with the aid of use’, alluding to what Macbeth says; Macbeth is given the honor but is not deserving as a king should be, as the king is god’s representative on earth, and thus is divinely chosen.

Liked by savio and 1 other 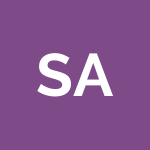