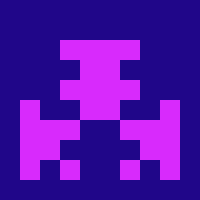 Currently I am a college student studying in UCC. I am also part of the StudyNotes.ie team and am more than happy to help anyone with any queries. Also I would love to hear any new suggestions or tips to improve this educational platform for everyone :)

Do you have questions for Alen Joseph?

Log in to ask Alen Joseph questions publicly or anonymously.

On Monday 1 March the first four class groups at primary level – junior and senior infants, first and second class – and final year Leaving Certificate students will return to in-school provision. This phase will also see a return to full attendance for children in special schools, as well as children in early start pre-school classes and early intervention special classes for children with autism or hearing impairment.

Monday 15 March is the target date for the return to in-school provision of the rest of primary school children – third to sixth class, and fifth year Leaving Certificate students. This date will be reviewed during the period following 1 March.

Monday 12 April, following the Easter break is the target date for the return to in-school education of the rest of post-primary students – first to fourth year students.

Check out the rest of the article - https://www.education.ie/en/Press-Events/Press-Releases/2021-press-releases/PR23-02-2021.html

Liked by Ethan Murphy and 4 others

Leaving Cert exams will not go ahead this summer

This summer's Leaving Cert exams have been cancelled, with Minister for Education Joe McHugh revealing details of an alternative plan.

All students are to be offered the option of accepting calculated grades instead of sitting Leaving Certificate written examinations at a later date in new plans announced this afternoon.

The decision was taken at Cabinet.

There will be four layers to the calculated grades system:

Liked by V Jean and 4 others

● We use the language of narration to give an account of events, real or imagined.

● It is the most common form of language we use.

● The art and skill of storytelling. How the story is told.

● Consider the wealth of material you have already covered in studying literary genre, as the language of narration is the same.

● It can include: novels, plays, autobiographies, memoirs, reviews, poems, letters.

● The language of narration can and should contain an element of aesthetic language.

a. Exposition - set up of setting and characters

2. Genre - it describes the style and focus of the novel you write. Genres give you blueprints for different types of stories. Genres have their own predictable conventions. Some include:

3. Narrative voice - the angle from which the author tells the story.

a. First Person Narrative – the narrator uses “I” and participates in the action.

b. Third Person Narrative – the narrator uses “he” and “she” and is an outside observer.

c. Omniscient – narrator can see, know and tell all of the characters of a story.

d. Limited Omniscient – narrator can only see, know and tell all of one character.

5. Time Frame - past, present future / chronological and or flashbacks

6. Characterisation - protagonist - antagonist - central - Types include: Hero/Villain, or central, dynamic, well-rounded, well-developed VS static, stock,- stereotypical, or those that challenge controversial, subversive, a maverick, a rebel or secondary characters.

a. Internal - within the mind of the character

b. Explicit - between characters

9. Suspense - anticipation as to the outcome of events.

11. Foreshadowing - gives an advance hint of what is to come later in the story.

17. Irony - contrast or contradiction of what is expected and what results.

a. Verbal irony – occurs when a character or narrator says one thing

b. but means the opposite.

c. Dramatic irony – occurs when the reader knows more than the character.

d. Situational irony – occurs when the contrast between what appears to be and what actually exists.

18. Symbolism - a similar object, action, person, or place or something else that stands for something abstract.

● Use the correct language and tone for your audience

● Write in the past tense and don’t mix tenses

● Write in chronological order or flashback

● Your story must have a clear shape

● Avoid using too much dialogue

● Characters should be real recognisable people - easy to relate to. You can reveal

your character through your descriptive dialogue

Liked by Daniel Paul and 6 others

Literary Genre:  can be defined as HOW the story is told. How does the artist skillfully display his craft in telling this story?

 Framing structure - begins and end with a sequence on the ship

• Dialogue/ Script/Text: between characters, titles of the movie

• Foreshadowing -prophetic words and actions of the characters

 Camera Shots and Angles - position to influence the audience’s response to theme, character and story. Types of Shot are: High/Low/Aerial/long/Medium/Close-up/Tracking/Panning/Establing/Zoom

- A number of shots make up a scene (page)

- A scenes make up a sequence (chapter)

 Editing - is how the shots and scenes are linked together. Types are:

 Music, Sound and Score: in a film there is diegetic sound (actors voices, sounds originating from the actions) and non-diegetic sounds (sounds effects, soundtrack and a score of musical themes, a narrator). Poignant score creates great emotion throughout.

*Cultural context: can be defined as the world of the text.

WHAT does this story teach us about life at that time?*

• Role of men, women and children - patriarchal society, women in a submissive role - traditional roles upheld by women, children obedient to their parents and authority figures

• Power - individual, institutional, religious - power resides in varying degrees throughout.  Authority is a feature of all and has an impact on the characters and their world.

• Conflict - between characters, inner conflict in the characters, conflict derived from social circumstances

• Wealth and work - professional life and jobs a significant feature of the world of the characters.

• Music, literature and art of the period - traditional, conservative in Ireland - reference to Hollywood movies in NY

• Fashion and clothing- used symbolically, indicates change and growth for Eilis - the rugby boys clothes symbolic of their social class and status

• Hobbies and pastimes- contrast established between the two locations - e.g. two different trips to the beach

Liked by Ethan Murphy and 3 others

Why start a business?

Problems in setting up a business:

Liked by Ethan Murphy and 3 others

Communication: involves the exchange of information

These needs are of the lowest-order and most basic needs of human beings. These involve satisfying fundamental biological drives, such as the need for food, air, water, cloth, and shelter.

The second level of need in Maslow’s hierarchy is emerged once physiological needs are met. Safety needs involve the need for a secure environment, free from threats of physical and psychological harm. These needs find expression in such desires as economic security and protection from physical dangers.

Man is social animal. These needs, therefore, refer to belongingness or affiliation. All individuals want to be recognized and accepted by others. Likewise, an entrepreneur is motivated to interact with fellow entrepreneurs, his employees, and others.

These needs refer to self-esteem and self-respect. These include such needs that indicate self-confidence, achievement, competence, knowledge, and independence.

This is because man is never satisfied. If one need is satisfied, another need arises. Once a need is satisfied, it ceases to be a motivating factor. For entrepreneurs, it is mainly social, esteem, and self-actualization needs which motivate them to work more and more for satisfying them.

Theory Y: Managers believe that workers can enjoy work, trustworthy and can be flexible.

Leadership: Reflects a person’s ability to influence the actions and behaviours of others. “Lead by Example”

Delegation: Passing on responsibility for certain decisions or outcomes to others.

Autocratic: Very Controlling, Motivates through fear and intimidation. “My way or the highway” E.g Steve Jobs at Apple

Democratic: are more likely to seek the opinion of others when making a decisions. E.g Bill Gates at Microsoft

Laissez-Faire: Give their subordinates greater level of freedom. Acts as facilitators more than dictators. Only provide general targets and goals. E.g Richard Branson at Virgin Group of Companies

Management: is the process of achieving results through resources. To combine resources in the most effective way to achieve corporate goals.

Characteristics of a good Manager: